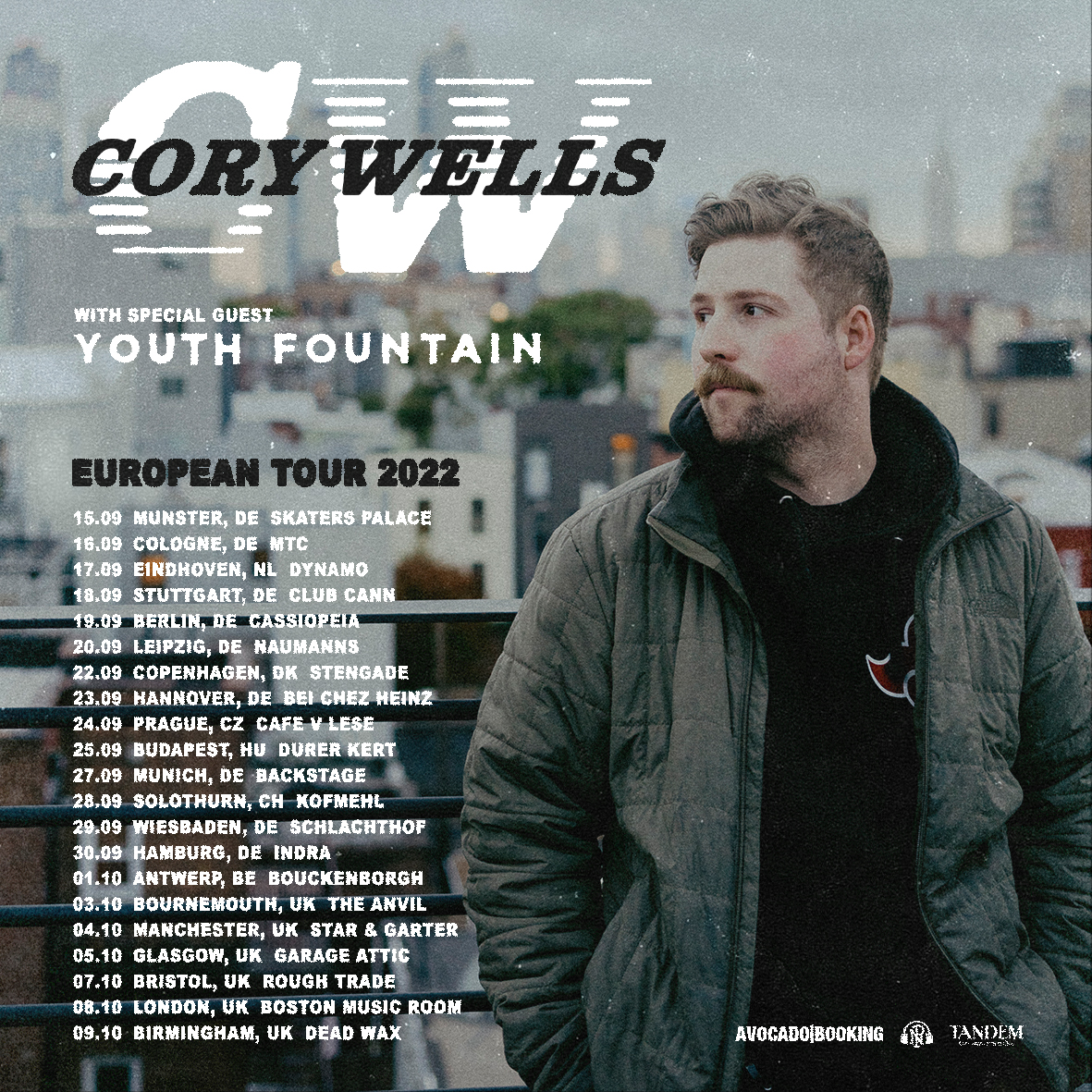 The cover of Cory Wells’ debut album,THEWAYWEARE, features the Los Angeles-based singer/songwriter perched atop a rusted-out vintage car, calling to mind dusty folk music. Songs like the set-opening “Distant” and “Keiko,” imbued by seemingly effortless musicianship and wistful nostalgia, go a long way toward reinforcing this sonic predilection.But there’s more to Wells than what you’ll find on the surface. The songwriter grew up playing metal before discovering Dashboard Confessional’s seminal MTV Unplugged 2.0 live album, a record that set him on a hard left turn to creating a more well-worn, earnest style. Even so, he injects the desperation and power of his heavy music background into every note of THE WAY WE ARE (due out November 15, 2019 via Pure Noise Records) –not necessarily in sound, but in spirit.